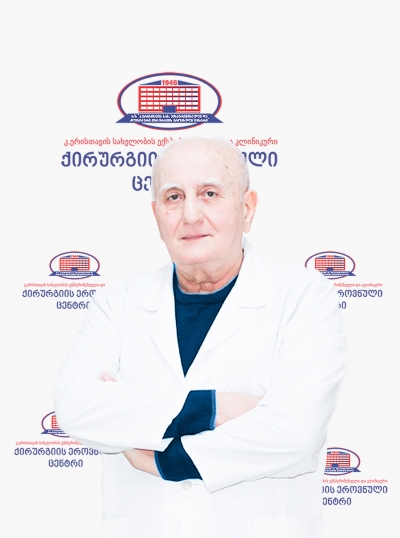 2006-Present – Chosen as an associate professor of surgery department at I. Javakhishvili Tbilisi State University.

1996–2006 - Chosen as a docent of faculty of medicine at I. Javakhishvili Tbilisi State University.

1981 – Defended candidate dissertation of the topic – Heterotopic transplantation of the liver of a newborn into a grown-up recipient.

From 2000 he is selected as a chairman of the medical ethics commission at National Center of Surgery, obtained an international passport of the surgeon.