Obesity, increased appetite, fatigue, general weakness – What you should know about the diseases that already more than 380 million people have been diagnosed with 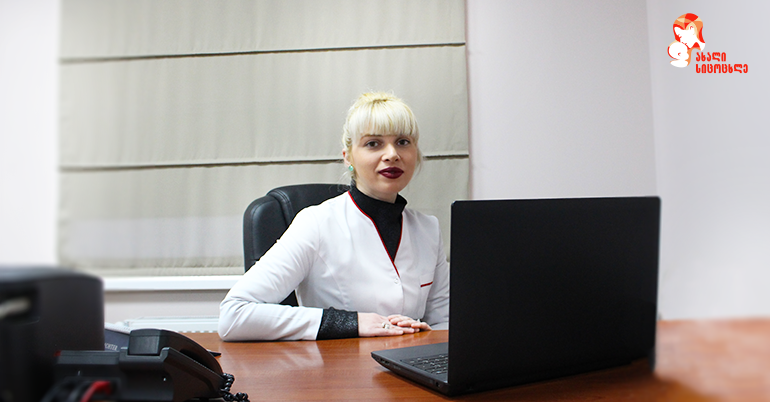 Diabetes mellitus i.e. Diabetes is a chronic and quite common disease, during which glucose metabolism is disturbed in the body.

The said disorder is based on the hormone insulin deficit or disturbance of its’ mechanism of action.

Type 2 diabetes is one of the most common kinds of diabetes. It's characterized by excess insulin, insulin resistance, as well as insulin deficiency that deepens over time.

It should be noted that it’s possible for the disease to progress hidden, without any symptoms for years and revile itself for the first time with complications. That’s why it’s necessary to conduct periodic screening examination, especially in the case of existing risk-factors. Prevention of disease progression is possible, upon the detection of disorder on an early stage as a result of the screening.

The number of diseased people increases day after day. If in 2013 approximately 380 million diseased people were registered in a world, experts estimate that for 2035 number will reach 590 million.

The epidemic of diabetes in a world is connected to unhealthy nutrition, sedentary lifestyle, excess weight, and obesity. The increase in diabetes morbidity happens on behalf of people diseased with type 2 diabetes.

Ms. Abesadze states – "Four types of diabetes are distinguished in diabetes classification: type 1, type 2, gestational diabetes i.e. pregnant women's diabetes and specific diabetes. Type I diabetes is an autoimmune disease. It is most often detected in young people, although it seldom appears in adults over 35 years old. The peak of disease detection coincides with pubertal age. During this time pancreas cannot discharge enough insulin and it's necessary for the body to receive it from outside. During type II diabetes the reasons for metabolism disorder are quite combined. Pathogenesis differs from type I diabetes. Here, we encounter insulin resistance and excess insulin, as well as a deficit of it".

– What age do people get sick?

– What can you tell us about the causes?

– Type two diabetes is a disease when the amount of glucose in the blood is more than the norm because of metabolism disorder. The reason for that is insulin deficiency, as well as insulin resistance of tissues.

The purpose of the consumed food is to enter the cell as glucose. Its’ entrance is ensured by the insulin – hormone discharged by the pancreas. Insulin deficiency or disturbance of its’ mechanism of action (resistance to it) causes path blockage for glucose to enter the cell and subsequently, causes its’ circulation in blood in high quantity.

For example, when a person eats excess calories, it receives more than the body needs in reality. The body starts to say no to excess glucose and insulin resistance develops and in the end, in cases of non-treatment, it turns into a precondition for type II diabetes.

A high dose of glucose in the blood for a long period of time is quite toxic and causes irreversible damages to organs.

In reality, this mechanism is much more complicated, albeit it will generate an approximate idea that receiving more calories than you spend is a crucial moment in the development of insulin resistance in the first place and then, type II diabetes, especially for people who have particular risk-factors

– What can you tell us about risk-groups, who are in danger of disease development?

Every person with 2 or more risk-factors periodically should take a prophylactic examination for diabetic or pre-diabetic state exclusion without a doubt!

–Is this disease connected to genetics?

– You might have a question about why all people diseased with obesity don't have type II diabetes. The answer is simple but still not fully researched at the same time. Every organism is different. Our genetics, hereditary predispositions are really important. What is coded in the DNA keeps information about our hair and eye color, as well as which diseases are we risk-carriers of.

We help the defect existed on a genetic level to reveal itself with an unhealthy lifestyle, for example, food, insomnia, stress, physical activities reduced to a minimum.

I would like to emphasize that exactly diabetes that started, revealed late i.e. acquired diabetes in first degree relatives is the important risk-factor!

Within the one family type II diabetes detection is more frequent than type I diabetes. For a long time now scientists are working on discovering the genes, whose mutation might be connected to type II diabetes. Indeed, several genes like that are revealed, although their defect only causes a predisposition to diabetes. As for disease development, external factors also play a role. According to one of the studies, even different gut floras can provoke diabetes development!

If one of the parents has type II diabetes, a child has a 14% risk to have the same disease in the future, whereas if both of the parents are diseased, child's morbidity chances equal to 50%. It's a fact that one precise and concrete cause isn't identified. Causes are multi-factored.

– What are the symptoms and signs characterizing type II diabetes?

– It’s possible for a type II diabetes progress without any symptoms for years and decades or have such weak symptomatic that patients might not even pay attention. That's why it's preferable to conduct screening of people with risk-factors, just like how it's called upon in developed countries. Symptoms are quite diverse and might include damage signs of any organ system. It's noteworthy: increased thirst, mouth dryness, frequent urination, increased appetite, hunger intolerance, weight loss without a reason, weight gain, fatigue, general weakness, frequent infections of the skin, urinary and reproductive system.

– Is it possible to prevent this type of diabetes and with what measures?

– Unlike type I the development of type II is very dependent on external factors and that’s why it’s possible to prevent and stop the progression on a pre-diabetic, insulin resistance stage.

Who has balanced nutrition, doesn’t consume fast-food products, trans-fat, easily absorbed carbohydrates i.e. sweets, is active in sports or other types of physical activities, even if it's a daily fast-paced walk for 30 minutes – practically is already working on disease development prevention. In the case of a pre-diabetic stage or people with a high risk of disease development, alongside with lifestyle modification, preventive medication therapy might be considered necessary as well.

– Nowadays type II diabetes isn’t curable, although it’s manageable. If diagnosed, it means we need to live good-naturedly with this disease. Constant control and treatment will most likely be necessary. The most important is for the patient to be informed and fully understand what complications risk s/he has. The patient might think that a high amount of glucose in the blood doesn't do any harm because s/he feels good. In reality, during this time irreversible processes take place in the body -  every organ and system slowly gets damaged – more nervous and cardiovascular, complications develop: diabetic retinopathy, angiopathy, neuropathy, nephropathy. The treatment of these complications on a late stage is connected to great difficulties, hence timely prevention is necessary.

– “New Life” clinic and type II diabetes treatment. How are the disease diagnostics, treatment, and management take place in the clinic?

– In “New Life” clinic diagnostics and treatment of diabetes are conducted in consideration with international recommendations. Nowadays medicine is based on the evidence and in order for any type of treatment to be considered rational and secure, it goes through multiple types of research and stages. We, as a part of the modern world, try to offer innovative treatment methods to the patients and out of the existing options, select the best one individually, considering all necessary data.

We try to adjust and explain individual, healthy nutrition to every patient, teach them how to take care and manage the disease. A doctor and patient's teamwork and close contact are necessary, in order for the disease to be controllable and to avoid the complications, which is quite possible to achieve with modern approaches and in case of patient’s readiness.

In case of any issues, you may contact “New Life” clinic’s endocrinologist Nino Abesadze for consultation at 599 44 08 03. 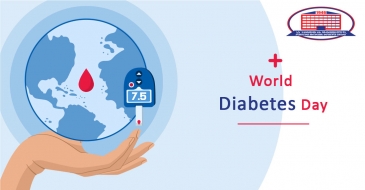 What happens to the organism during vitamin D deficiency, and how does sunlight help us?