See also
Cervical cancer can be at diagnosed an early stage, prevented and easily treated. What is a cause of the disease, and how to recognize the symptoms?

Despite the improvement in public health measures and the availability of medical services, high cancer incidence and mortality rates still remain the serious challenge for the world, including Georgia.

According to the health statistics of Georgia for 2016, the most common locations of the oncological diseases among the female population are breast, thyroid, cervix, uterus, colorectal cancer.

Fortunately, cervical cancer is among those diseases that can be diagnosed and treated early, and its prevention is possible through regular screening.

A radiation oncologist, brachytherapist of the Radiotherapy Department at the National Center of Surgery Irina Jobava talks aboutcervical cancer.

- Dr. Irina, what are the symptoms of cervical cancer and are the signs manifested during the early stages of the disease?

- As mentioned above, cervical cancer is the second most common cancers among female population after breast cancer. The peak incidence is in the 40-50 age category. Unfortunately, in recent years, a rejuvenation of the disease has been observed, the incidence is noted in the age category of women under 30-40 years.

At a later stage of the development of the disease, visual changes are already noticeable, namely:

In locally spread cervical cancer, the following symptoms are detected: pain in the lower abdomen, hematuria (blood in the urine), constipation (difficulty in defecation), lymphostasis of the lower extremities (edema), anemia.

The presence of one or several symptoms does not mean that you have cancer, but if any of these symptoms bother you, have a consultation with a gynecologist.

- What can you tell us about the causes of cervical cancer?

- Today, the main risk factor and cause of cervical cancer is the human papillomavirus (HPV). It is noteworthy that in 2008 German scientist Harald zur Hausen was awarded the Nobel Prize for this discovery.

According to the statistics, in more than 90% of cervical cancer cases, DNA infection of oncogenic subtypes of human papillomavirus (HPV type 16 and 18) is detected. From the viral infection to the development of this pathology decades may pass.

The following circumstances contribute to the development of cervical cancer:

- What is the method used to examine the condition of the cervix at the National Center of Surgery?

- The incidence of cervical cancer in European countries has declined significantly after the visit to the screening centers became mandatory. In 2008, with the funding from the Tbilisi City Hall and the United Nations Population Fund, a national screening center was established in Georgia and a program was launched to diagnose breast cancer and cervical cancer in its early stages in a certain age group.

The National Center of Surgery is actively involved in the screening program, which includes:

- If cervical cancer is diagnosed, what are the treatment methods at the National Center of Surgery?

- Cancer patients at the National Center of Surgery are treated with a multidisciplinary approach. The discussion of each patient’s case and determination of the treatment method happens during the onco-consilium, by the group of oncologists the so-called "Tumor Board", which consists of a surgical oncologist, a clinical oncologist, a radiation oncologist, and invited experts of radiation therapy from the United States and Spain.

At the operable I (A, B, C) - IIA stages of cervical cancer, during the first stage of the treatment, a surgery - extended hysterectomy with regional lymph node dissection is performed. The next stage of treatment includes adjuvant radiation therapy or radiation/chemotherapy.

- The radiotherapy department is functioning at the clinic. In which cases of cervical cancer is radiotherapy performed?

– The radiotherapy department of the National Center of Surgery is equipped with the ultra-modern clinically equivalent (twin) linear accelerator Truebeam and Vitalbeam manufactured in 2018 by American company Varian, which gives us the opportunity to treat the patients without impediment.

The modern technologies and individual, evidence-based radiotherapy is used to treat cervical cancer at the National Center of Surgery.

The radiotherapy is carried out as an adjuvant (during the postoperative period) and non-adjuvant method, which depends on different criteria: tumor stage, histomorphological type of the cell, age, a somatic condition of the patient.

The most important is the determination of the treatment tactics and radiation plan.

Planning (simulation) - before the start of the treatment, after special preparation, the planning is carried out based on the computer-aided diagnostic image of the pelvis.

- Cervical cancer and brachytherapy. What can you say about this method of treatment?

- Brachytherapy is a type of radiotherapy. Brachytherapy is a Greek word, and means "a short distance." Also known as internal radiation therapy. During brachytherapy, with the help of special applicators, the radiation is introduced directly into the tumor (invasively) or on the surface of the tumor (contact). Brachytherapy allows us to irradiate tumor tissue with high doses and cover almost all of it. At the same time, protect the healthy tissue as much as possible.

- What can you say about the invasive brachytherapy, which is used for cervical cancer?

- In the treatment of cervical cancer, invasive brachytherapy methods are used, specifically:

It should be noted that in case of IA-IA1 stage cervical cancer, brachytherapy is an alternative to surgery, and in this case, a full recovery of the patient can be expected in 95-98% of cases. Also brachytherapy, according to palliative indications, is used as monotherapy to stop bleeding and eliminate pain. As for the other stages of the disease, brachytherapy is used as combination radiotherapy after the remote radiation therapy. The treatment regimens vary at different stages, we use the ABS (American Brachytherapy Society) and London guidelines.

In the near future, the full service of brachytherapy with the newest device will be added to the radiotherapy department of the National Center of Surgery, which will make it possible to fully treat not only gynecological cancers but also other cancers localized in other places in one space.

- What are the therapeutic measures taken after radiotherapy?

- After the end of treatment, the patient is constantly monitored by the oncologist.

During the first year, the monitoring is carried out once in 2 months:

During the second and third year - once in 3 months, then after 4-5 years, it is required to be monitored once in 6 months.

If a patient has a progression of the disease, which is manifested by local recurrence or metastasis to regional lymph nodes, or distant metastasis, the treatment becomes multidisciplinary – the surgical approach or systemic chemotherapy.

Ladies, remember that a regular visit to a gynecologist is very important, as the early detection of any disease (including cancer), increases the chances of a cure than in far advanced cases.

If you have some questions, you can contact the radiation oncologist, brachytherapist Irina Jobavaat 555 44 94 74. 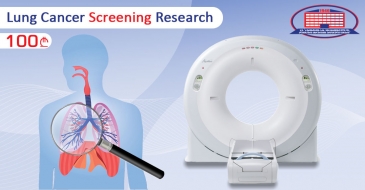