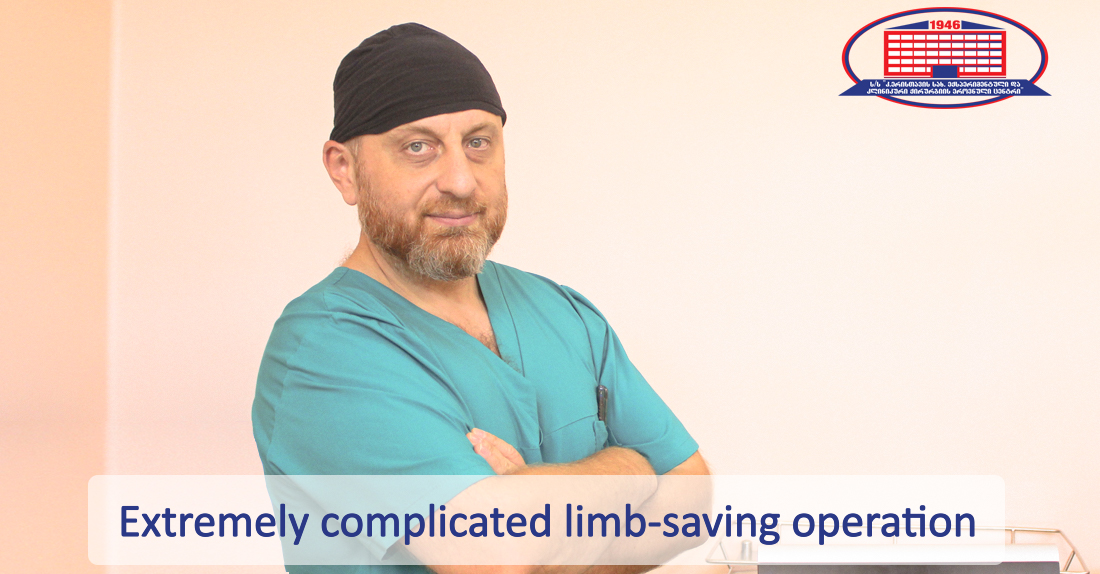 The patient couldn't move the sole of the foot and had trouble walking due to unbearable pain in the right lower limb. At the same time, the right sole of the foot was purple and fourth toe–blackened. Also, ulcers with discharge between toes and heel area’s pus-discharging defect were detected.

What types of examinations were conducted?

As National Center of Surgery’s head of the vascular, plastic and reconstructive surgery department Irakli Peradze stated in an interview with us, duplex screening and computed tomography with angiography of lower limbs blood vessels and other necessary lab tests were performed on a patient.

We explain each disease for readers, who don’t have any medical education.

Mr. Peradze states - „The fact that specialists in other clinics restrained themselves from restoring operation and decided that the only solution was limb amputation indicates the gravity of the patient's condition. It should be mentioned that before the patient's visit to National Center of Surgery, various operations, as attempts at improving the blood supply to the limb, were conducted in other clinics, particularly, bypass of the thigh-below knee (going around the blocked area with artificial blood vessel). Although, when the patient visited us, the bypass was already blocked. Repetitive surgeries were also conducted, including stent insertion, bypass stent insertion in arteries of the hip and thigh area, albeit all attempts were without results. The patient's condition was rapidly worsening and gangrenous changes –progressing."

If not for the National Center of Surgery, the patient would’ve lost the leg

Based on the anamnesis, surgical resources were scarce. Re-incision of multiple times operated areas appeared to be without perspectives and dangerous, blockage of implanted stents significantly increased the difficulty level of the recanalization attempts

As a result of the consilium in National Center of Surgery, surgeons have chosen an alternative, extraordinary approach.

The vascular surgeon stated – “From a small incision, we’ve separated the bypass (shunt) that was implemented before us. We’ve conducted all other manipulations from this bypass and a puncture on a left hand. We removed a large amount of hardened thrombus. From the left hand, through the aorta, we managed to restore the blood flow in the artery of the hip by inserting a new stent in a previously inserted (operation conducted in the other clinic) and afterward blocked stent in the artery of the hip. With a special balloon, we've improved the lumen between the bypass and common artery of the thigh and as a result, got the good flow in the bypass.  We've encountered serious problems where the bypass connects to the below the knee artery. In this section, there was a stent implementation attempt in the other clinic. This stent was deformed eliminating the possibility of any manipulations with it. Bypassing the old stent, we managed to implement a new stent in this area, which is the extraordinary decision and exactly this decision got the desired results because from the bypass the blood supply was restored to below the knee artery."

After this manipulation, it was possible to improve the artery lumens of the calf and below the knee area with appropriate balloons.

The final results surpassed any expectations. For example, let’s compare what was before the operation and what results we have after the operation.

Before the operation patientsuffered from unbearable pain, after the operation he was completely relieved of pain, moved without pain and didn't have any trouble with mobility.

Also, it should be mentioned that heel ulcer was covered with psoriasis and ulcer between the toes dried.

Mr. Peradze stated – "In complicated, hopeless situations our clinic's priority is the unity of the extraordinary approaches, high-class surgical team and ultramodern equipment (in this specific case, company SHIMADZU's highest class angiography machine Trinias B12). Even when it seems like the medicine is doomed to lose, we don’t stop the fight and win.” 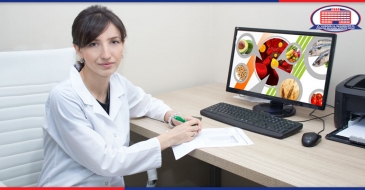 Endocrinologist advises - what can you eat to reduce bad cholesterol? 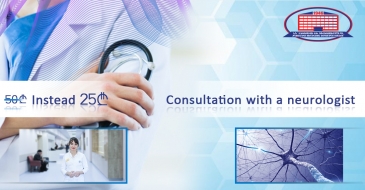