Most healthy people have an bowel movement-defecation 1-2 times a day, but in certain cases the bowel movement can be considered normal once in two days.

Normally, constipation is considered to be delayed movement for 48 hours or longer, therefore, this concept is relative and individual.

In order to explain it for the readers, constipation is a rare defecation in a form of a rigid, small stool accompanied by “pushing” and feeling of dissatisfaction.

Defecation difficulty is the result of a long delay of fecal masses in rectum and very disturbing condition. Person constantly thinks of defecation, has a heavy feeling in bowl and is worried about it. A person should discharge up to 150-160 grams of fecal masses per day. It should be neither thin nor dense. After each defecation, person should experience feeling of satisfaction and comfort.

Gastroenterologist of National Center of Surgery Eka Zalikiani discusses it with us.

– Constipation is characterized by following symtomps:

After difficult defecation patient might suffer from following proctologic symptoms:

– There are few reasons for causing constipation. Namely:

2. Reflective constipation - (organic damages of digestive organs, as well as other organs and systems), including proctogenic one;

3. Toxic constipation - (Morphine, nicotine, nitrobenol and lead poisoning, in the case of large doses of chololitis and spasmolytic);

4. Endocrine constipation (In cases of hypophysis and egg’s function disturbtion);

5. Alimentary constipation (with insufficient penetration of fiber within food);

– What can you tell us about constipation diagnostics and treatment at National Center of Surgery?

– For constipation diagnostics it’s essential to visit doctor in time. Based on complaints and patient’s anamnesis, instrumental and laboratory examinations might be prescribed, for example, irigoscopy, abdominal radioscopy with barium, abdominal echoscopy and computed diagnostics, colonoscopy and etc.

– If constipation isn’t treated, what complications are expected to follow?

–  Recently, cases of large intestine diverticulosis has increased, which implies the existence of empty pockets in weak walls of large intestine. Amid constipation (as a result of frequent pushing) intra-intestinal pressure increases and it might result in expansion of said empty pockets, as well as difficulty in discharging content inside them. This can lead to inflammatory processes called diverticulitis. All mentioned quite aggravates patient’s general condition and it might be followed by intestinal wall perforation, i.e. puncture of it, which is a serious complication. Proctological problems, such as hemorrhoids (piles), bleeding from intestinal tract, colostasis – fecal stuck in one place (dry, hard stool accumulation in the rectum).

That’s why timely treatment is recommended in order to avoid complication. For that, it’s necessary to see a specialist once constipation characterizing symptoms appear.

In case of any issues, contact gastroeneorologist of National Center of Surgery, eka Zalikiani for consultation at 555 18 97 54. 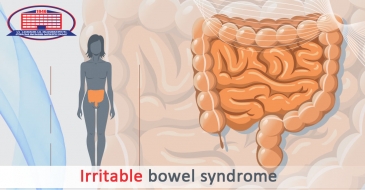 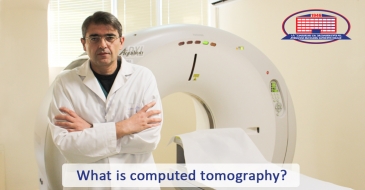 What is computed tomography without which it’s impossible to reach the right diagnosis?