The triple assessment test is used in the diagnosis of breast cancer.

Among most women in the world, the breast cancer is the most commonly diagnosed, life-threatening and common oncological illness.
The Clinical Oncology Department equipped with ultra-modern apparatus and professional staff will start to function at The National Center of Surgery. Through this project, we will offer patients a high standard of treatment, which has been used in medical practice in developed countries.
We regularly provide information about cancer treatment methods, as the incidence of breast cancer in Georgia is high and the disease is rejuvenated, we decided to write an article about breast cancer. The National Center of Surgery has already acquired a new generation ultra-modern mammography machine, equipped with modern systems, that will enable patients to enjoy a screening in the comfortable environment.

For diagnosing breast cancer triple assessment test is used, which includes physical examination, instrumental study - mammography, sonography, or both, and biopsy.
It is noteworthy public awareness has improved due to the right and targeted policy, namely, women are screening more often, which is very important for early diagnosis of the disease. Due to screening, early diagnosis of the disease is much more effective and radical surgical intervention is possible. Both components, early diagnosis, and radical treatment increase the patient's survival rate.
As for the treatment of breast cancer, surgical intervention, as well as radiation, chemo- and hormone therapies are used. It is noteworthy that only a surgery and radiation therapy is enough for the patients at an early stage of cancer.
The purpose of the adjuvant systemic therapy is to destroy micrometastasis that is not identified and this approach reduces the mortality rate by 35-72%.
As we have already said, breast cancer is the most common tumor in women. The disease is characterized by high incidence and rejuvenation. If breast cancer is detected in the early stages, before distant metastasis (when the metastases appear outside the main tumor) are formed, more than 80% of women with breast cancer live for at least 10 years
Despite the improvement of diagnostic and treatment methods, breast cancer in women in the age group of 35-55 is among the first causes of the lethal outcome, and the second in the general age group. In Europe, approximately 20% of deaths due to cancer is because of breast cancer.
Survival rates of breast cancer are based on many data. Each case is specific and requires an individual approach from the doctor.
At the end of the 20th century, the incidence of breast cancer was increased, and the reason was the introduction of screening and mammography studies.
The prognostic factors of breast cancer include – damage level of axillary lymph nodes, primary tumor size, lymphovascular invasion, the degree of differentiation, histological type, hormonal status, response to neoadjuvant treatment, HER2 status.
As for HER2's status, its expression is associated with a more aggressive phenotype of cancer and bad prognosis - high recurrence and mortality. The prognosis has been improved after the introduction of a targeted therapy.
We present statistics where it is clear that breast cancer is curable if diagnosed in early stages. The survival rate at different stages is as follows (see the link)
• In the first stage the breast cancer is curable at 99-100% of cases;
• In the second stage 93%;
• In the third stage 72%;
• In the fourth stage, 5 years of survival is 22%.
Wish you health! 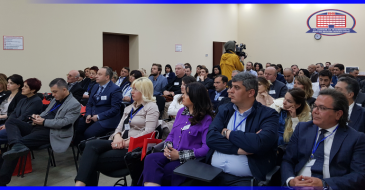