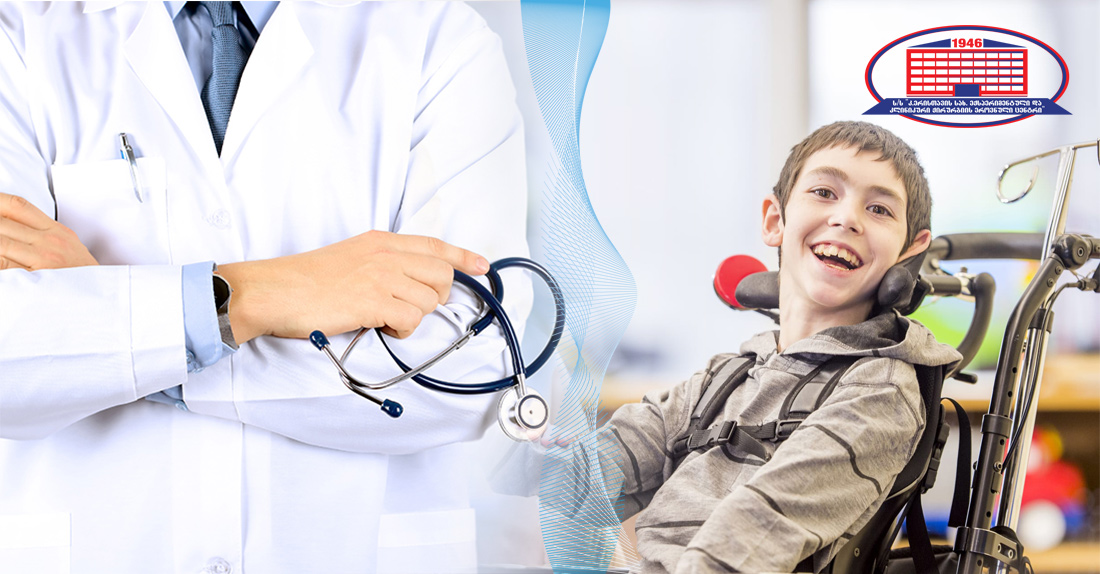 The department of vascular, plastic and reconstructive surgery of our clinic is proud of its impressive past.

The National Center of Surgery laid the foundation for the development of cardiovascular surgery in Georgia. The Department is currently at the forefront of innovation.

The two-dimensional angiograph SHIMADZU Trinias B12, which is exclusive in the region, makes it possible to perform unique operations. It is the latest technology that was sold outside Japan for the first time.

The National Center for Surgery introduced a method of treating varicose veins using laser technologies. This is the method which requires no incision of the skin. It's about " laser ablation". Our clinic is equipped with a laser ablator "Leonardo", capabilities of which are significantly ahead of other similar devices, which leads to qualitatively better results in comparison with other laser ablator devices of the old type.

High technology laser fiber enters the damaged vein without an incision and closes it. The laser beam has such frequency that is not damaging other tissues. Unlike the operation, this procedure is performed using local anesthesia, so there is no need for general or spinal anesthesia.

After the procedure patient can get up and go home, the rehabilitation period is decreased. Laser ablation is a modern technology, practiced at National Center of Surgery. In most cases treating the pathologic condition using a laser is as effective as the operation

Varicose disease or a dilation of varicose veins is a disease causing an enlargement of the lumen of the veins and the thinning of the venous walls.

"I think every person at least once has felt heaviness in the legs after a prolonged stay on his/her feet or seating. This sense of heaviness is caused by the decreased venous blood flow in a vertical position. The number of factors should combine to play a role in the formation of the disease. First of all, it is a congenital predisposition - the inherited weakness of venous valves. It should be noted that this is the only factor that does not depend on the patient's lifestyle.

The following factors are responsible for the development of this disease: pregnancy (the fetus mainly presses on the pelvic cavity and prevents the venous flow to the lower extremities. That is why a rate of varicose veins among women is higher compared to men), obesity (again, due to the decreased venous blood flow), prolonged standing and sitting in the same position without movement (contraction of lower extremity muscles aid the outflow of venous blood. When the movement is decreased, the muscles do not contract and the pooling of venous blood occurs), hot baths, the sun (sun rays expand veins), some medications, such as contraceptives. The main way of treatment of varicose veins is the operative intervention. The National Center for Surgery introduced a method of treating varicose veins using laser technologies. It is noteworthy that conservative treatment only a helping tool.

This is a very common disease. The patient is unable to fully extend the fingers, which resulted from the fibrous degeneration of the palmar aponeurosis. The exact cause of the disease is unknown. Scientists think that Dupuytren's contracture can be a genetic disease, so if one of the parents has a similar disease, they should be more attentive if dense mass appears on the palm of the hand.

In the National Center of Surgery more than 3000 patients underwent this intervention. In the last decade, due to improved technologies, the probability of complications is almost zero.

"This disease is characterized by a gradual, increased dense mass in the palm, which is accompanied by the flexing the of fingers. At a certain stage of the disease, patients practically cannot use their hand. The condition is accompanied by pain, and serious complications can also occur. Despite the fact that the mechanism of formation is not fully understood, the results of treatment are impressive. The essence of the operation is to remove damaged, nodular tissue. Before the improvement of treatment methods, the development of complications and relapses was great. Nowadays, surgical methods of treatment have improved so much that there is almost no chance of postoperative complications and relapses. Today, using precision methods, we have the opportunity to separate all important structures without damage, this is a good result. We are proud of the fact that the National Center of Surgery has been working on this subject for decades and decades, improving methods and, thanks to our doctors, we are now proud of such remarkable results, "says Mr. Irakli.

“My father, Tristan Peradze, was one of the leading microsurgeons in the Soviet Union. He worked in Moscow, supervised the scientific center of the department of microsurgery. He had students from abroad, including Germany.

One of them, Hans Troiger, became a successful surgeon and is now the head of the hand surgery center in Basel. Only when this story happened, he was a student.

My grandfather, my father's father, had Dupuytren's contractures. There was a moment of exacerbation of the disease to such an extent that he could not hold anything in his hand. My father has said many times, we must do a surgery. Grandfather was categorically against the operation. Then the father tried to trick him. He said to him: "If a German professor operates on you, will you agree?" Grandfather agreed.

My father brought his pupil Hans Troiger. Georgia hospitality is known to you. A German guest could not get out of bed because of a cruel hangover. Of course, my father did the surgery. For whole life, my grandfather was sure that the operation was conducted by a German professor. Grandfather was showing the result to everyone: "This is how well my hands look, our surgeons don’t know how to perform such an operation,"

Cerebral palsy of children is a set of syndromes that are the result of damage to the structures of the central nervous system during the prenatal period. Cerebral palsy is characterized by impaired motor development and coordination of the child. In addition to impaired motor activity, infantile cerebral palsy can be accompanied with sensation, speech problems, and emotional developmental delay, seizures. However, the patient's mental health state may be normal.

This illness is congenital. Only a good specialist can diagnose cerebral palsy in newborns. With age, the symptoms become more obvious.

"Despite the development of medicine, cerebral palsy of children caused by the brain dysfunction disorders is not treatable today.

However, there are many methods that can ease the patient's life and allow such patients to be involved in the community.

The most painful topic is the deformation of the extremities because the patient can not move. In many cases, these deformations are not subject of conservative treatment, because the muscle tone is redistributed incorrectly from the brain, and no matter how hard we try (massage, mechanotherapy), unfortunately, the deformity is progressing. The only method is surgical intervention, the purpose of which is to change the length of the muscles and ligaments so that the joints get the desired alignment. Children's cerebral palsy, if properly managed and monitored, is not a verdict. Such patients also go in for sports. We had a case when a patient had to prove that he had had that disease, because we got a very good result. We gave the medical documentation for the sports committee that he was really born with the cerebral palsy.

Flat feet formation is associated only with the damage of the muscles of the lower extremities. There is no brain damage at this time.

The essence of our invention lies in the fact that we move the muscles and ligaments, causing this deformity, to the opposite side of the joint. By this, we "deceive" the diseased brain. The more brain forces the transferred ligament to work, more improvement of the position of the joint is seen because the ligament causing the deformation is moved to a position, which improves this same deformation. In other words, the more brain tries to damage the joint, the more it corrects itself. Practically, we use the features of the disease, therefore, using our method decreases relapses from 30% to 3%. At the same time, the transplanted ligaments improve the condition over time. "Mr. Irakli said in an interview.

In addition to the diseases and conditions mentioned in the article, the above-mentioned department manages to treat the peripheral and main vessels, using open and endovascular treatment. Also, during trauma, microsurgical methods are successfully used.

National Center of Surgery is a multi-field clinic, where new technologies and modern standards are used in diagnosis and treatment of patients.

Qauestion:: Question: Greetings, I have varicose veins, visible lumps all over the left leg. Is laser surgery, ablation possible? And what does it cost?

Qauestion:: Please tell me if the operation is now possible for a citizen of Azerbaijan. Abdominal aneurysm. What's the price?

What is the health condition of the 83-year-old patient who was brought to the clinic with a ruptured aneurysm?