What is the health condition of the 83-year-old patient who was brought to the clinic with a ruptured aneurysm?

83-year-old patient on a mechanical ventilator was admitted to the National Center of Surgery.

The diagnosis of a brain aneurysm was made, which had already been ruptured. Due to the age of the patient, the optimal decision was made – a blood flow to an aneurysm was blocked endovascularly.
Thanks to the surgeons of the National Center of Surgery, now the patient feels good and leaves a clinic without neurological deficit.
As you know, the endovascular method is less traumatic. During this type of operations, we use SHIMADZU Trinias B12 biplane angiograph. This machine is exclusive in the region and allows us to do unique operations. It is the latest technology that was sold outside Japan for the first time. Angiograph perfectly meets the requirements of endovascular neurosurgery
Giorgi Egutidze, the head of the neurosurgery department of the National Center of Surgery is talking about the successful operation.
"The left middle artery aneurysm has been blocked endovascularly, we have put a coil in an aneurysm. An aneurysm was blocked using the endovascular approach, in a bloodless manner, from the femoral region. The patient was in the critical care unit for 4 days. Without neurological deficits the patient is in the department at this stage, feels well, conscious, moves the limbs, is contact "- explains Mr. George.
- The operation we talk about is called coil embolization?
- Yes, this is a coil embolization. The coil is a wire that is deployed in the aneurysm cavity filling it with coils and thrombus. After that, the risk that an aneurysm will rupture is practically nonexistent.
National Center of Surgery address – Tbilisi, Digomi Chachava street N5.

If you have some questions, you can contact the neurosurgeon of the National Center of Surgery Giorgi Egutidze at 599 78 66 54; 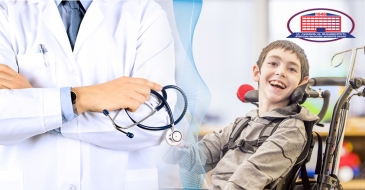