See also
For the first time in Georgia and only at the National Center of Surgery! A patient, who suffered from the stroke, survived with a combination of systemic thrombolysis and thrombectomy

Neurosurgeons saved 82 years old stroke patient! Pathological blood vessel that only 3 people out of 1 million have 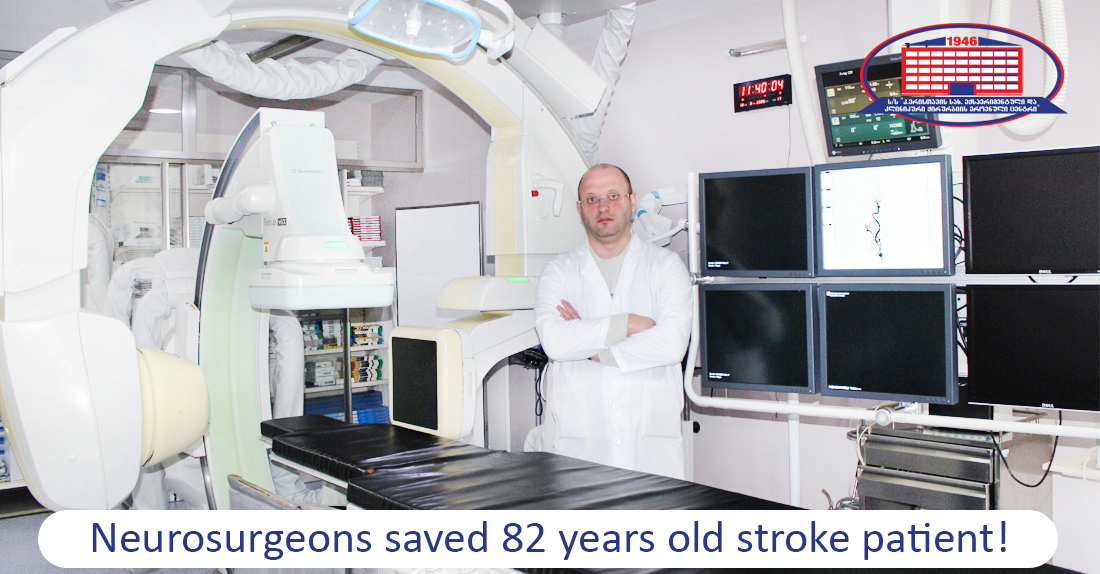 Stroke Center has successfully functioned at the clinic for 3 years.

In the news, you will be informed about the following:

Approximately 300 patients were not only saved but also returned to the usual rhythm of life without neurological complaints through thrombolysis and thrombectomy.

Thrombectomy was decided at a consilium attended by the interventionist, neurosurgeon, and neurologist.

Endovascular thrombectomy with control angiography was conducted for the recanalization of occluded blood vessel. Blood flow was completely restored with minimally invasive intervention.

This clinical case was unusual because the team of neurosurgeons had to work on such abnormal, pathological blood vessel that, according to statistics, occurs maximum in 3 people out of 1 million.

If standard blood vessel emerges from the right brachiocephalic artery, in the patient’s anatomy, it emerged inclined from the left side.

If not for experienced specialists and ultramodern angiograph, the team would be mistaken because of a pathological blood vessel and wouldn’t be able to determine the exact site of thrombosis, hence making it impossible to conduct manipulation.

We can confidently state that this cruel pathology was successfully defeated once again at National Center of Surgery.

Patient who, before admission to our clinic, could not move the extremities, suffered from facial asymmetry, speech disorder, would need a long-term reanimation and if the person survived, s/he would later become disabled, practically depended on others, returned home on his/her own in 4 days after the thrombectomy and now continues to live life as usual. You wouldn’t even believe that s/he fought the cruelest pathology several weeks ago.

Head of the Neurosurgery Unit of National Center of Surgery, Giorgi Egutidze discusses the topic.

“We’ve saved numerous patients affected by the pathology at the center and it’s all thanks to the effort and professionalism of each member of my team. When it comes to saving patients, a lion’s share goes to the clinic’s bi-plane angiograph together with the experience of neurologists and neurosurgeons. Imagine, people with severe neurological deficit, practically comatose are admitted to the clinic and as a result of our efforts, those people return to their families, beloved ones without any complaints.

Several weeks ago 45 years old woman was moved from another clinic per her family member's request. S/he knew that thrombectomy is conducted at National Center of Surgery and categorically requested for us to help.  Another clinic was preparing to switch a patient to assisted ventilation, while we removed complete thrombosis of the left carotid artery through endovascular thrombectomy at National Center of Surgery. A woman, who couldn’t make any sounds because of the stroke, started to speak right after the endovascular intervention. She feels well and doesn’t even need rehabilitation, she’s active” – Mr. Giorgi stated.

How would a patient's health develop if not for National Center of Surgery?

It’s better if all readers comprehend the value of time – brain tissue is less damaged with prompt action!  That means that at the first manifestation of the symptoms of pathology, the patient should be moved to the respective center of the clinic where the person will undergo necessary treatment.

Moreover, if you don’t move the stroke patient to a specialized clinic like National Center of Surgery, you will condemn your beloved person or a stranger to long-term reanimation, severe neurological deficit, and disabilities.

A person who isn't admitted to the establishment with an advanced system of pathology management faces physical, psychological and material loss; Patient might survive, but still have problems that will negatively affect his/her daily life and be under the risk of:

We’d like to remind you that the Stroke Center of National Center of Surgery is staffed by experienced neurosurgeons and neurologists who underwent training abroad, equipped with ultramodern bi-plane angiograph.

In National Center of Surgery, pathology is managed in accordance with the advanced methods that are established in leading hospitals and centers of the U.S. and Europe. 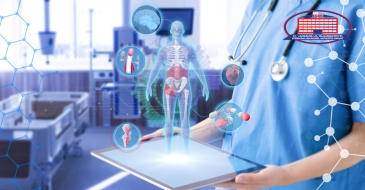