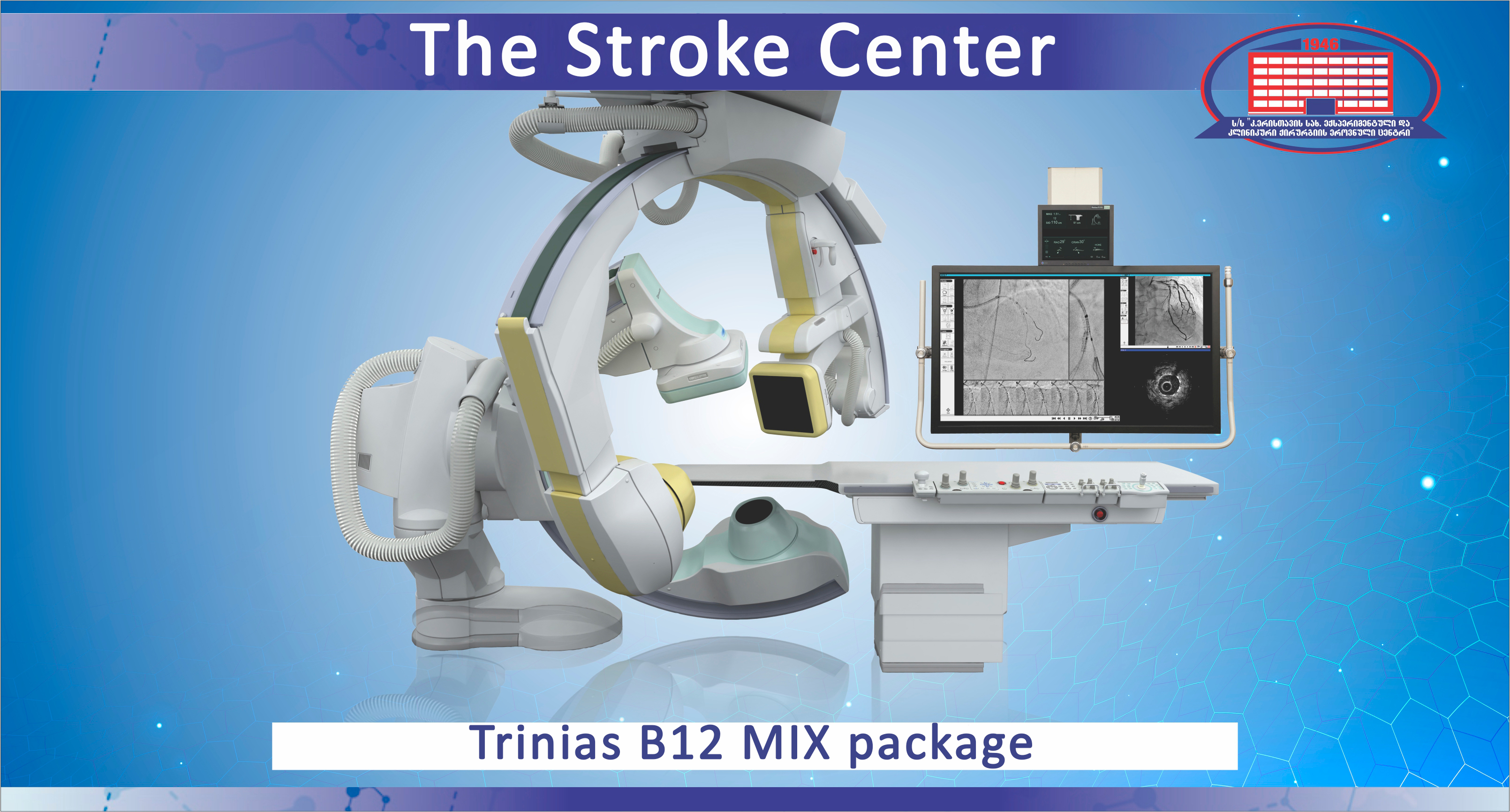 Stroke is one of the significant challenges of modern medicine.

Unfortunately, more often, people who witness strokes do not recognize the symptoms, and that’s why it delays the victim’s timely transportation to the clinic. Time is of utmost importance for the management of pathology - Every second is crucial!

The patient must be admitted to the clinic equipped with a stroke center.

All necessary conditions, as well as modern methods,  are implemented to deliver pathology management in the Stroke Center of National Center of Surgery. In our Stroke Center neurosurgeons and neurologists have saved numerous patients from neurological deficits and disabilities.

Not everyone is informed about our Stroke Center, and unfortunately, it’s fairly possible that the deceased patient could’ve been not only saved but also returned to an active lifestyle using thrombectomy or thrombolysis once admitted to National Center of Surgery.

We thought about it after we received a letter from a lady through one of our successful online sections - "Ask a Doctor."

The reader told us that her mother died from an ischemic stroke after a 25-day coma. Unfortunately, the woman discovered late about the fact that modern treatment methods, exclusive in Georgia, are implemented in National Center of Surgery.

In her letter, she asks us to provide vital information to as many people as possible. Our loyal readers remember numerous articles dedicated to stroke treatment and our Stroke Center. Now we'd like to remind you what National Center of Surgery offers to people affected by this pathology.

In National Center of Surgery, stroke is treated using innovative methods that are already implemented in the leading clinics of the U.S and Europe.

SHIMADZU Biplane Angiograph Trinias B12 laid foundation of the Stroke Center in National Center of Surgery.

This equipment is exclusive in the region and allows us to carry out unique operations. It is the latest medical technology that was sold outside Japan for the first time.

What kinds of services are available in the Stroke Center?

For stroke management, the following  services are implemented in the clinic:

Once the patient is admitted to the Stroke Center, the team of professionals determines the type and genesis of a stroke. For the treatment of ischemic stroke, systemic intravenous thrombolysis, endovascular thrombectomy or in some cases a combination of both is carried out per modern guidelines. The method is chosen individually based on the condition of the patient and an appropriate medical indication

Thrombolysis is the breakdown of blood clots (thrombus). This kind of therapy dissolves the blood clots in cerebral vessels and conducts vessel recanalization restoring the blood flow to the brain.

For treatment purposes, we use an internationally implemented tissue plasminogen activator called Activase (alteplase) that can break down the thrombus during the first 4,5 hours after stroke.

From the femoral artery, the doctors remove the thrombus from the carotid basin, which occludes the specific vessel. After that, the blood flow completely restores.

This treatment method is successful within the first 24 hours after the stroke, but a golden period is 6-8 hours.

If necessary for complete vessel recanalization, a combined treatment (both thrombolysis and thrombectomy) is carried out in the Stroke Center.

In National Center of Surgery, patients undergo perfusion computed tomography that scientists have already acknowledged as a leader in the diagnosis of a stroke.

During the acute ischemic stroke, perfusion is an essential study, because it differentiates dead and susceptible cells (tissues) caused by ischemia. Identifying these changes (differentiation) is necessary for the proper management of the patient. The method significantly reduces the cases of disability and mortality.

This method can detect the pathological process, the area of ischemia, and determine the penumbra (decreased or marginal zones) from the first minutes of the disease. The color map image allows us to detect even the smallest areas of damage.

Symptoms of a stroke

These symptoms indicate stroke and require a timely response

Immediately contact National Center of Surgery, if you experience: 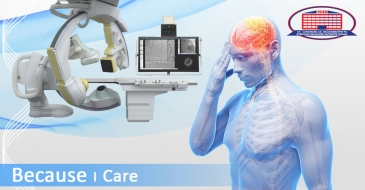 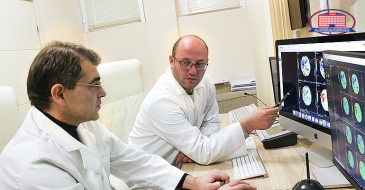 For the first time in Georgia! Get the perfusion computed tomography - a study of the brain at the level of the capillaries 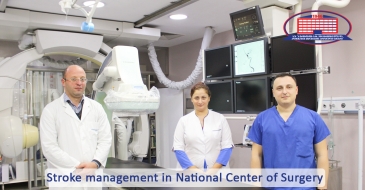